Four years ago, after 18 months of hard work, I lost 108 pounds following Weight Watchers.  I learned how to cook cleanly, instead of reaching for a package, learned how to run longer then two minute intervals and most importantly learned to take care of myself.

Over the past four years I’ve had my ups and downs with my weight.  After training and running a half marathon, I gained back 10 pounds of the original 108 lost.  When I stopped running 25-35 kms a week my metabolism took a bit of a beating and I just couldn’t stop that 10 pound gain.  But, I found my groove again and was able to stop the weight gain there. I was okay with that gain as I still felt good and was comfortable in my skin and hey, 98 pounds of a loss was still  pretty good.

Then, almost two years ago, we began a very stressful time at work and without realizing it, I gained 26 pounds over 8 months.  I was floored by the gain, even though I shouldn’t have been surprised by it.  I wasn’t moving and was making poor food choices, I took full responsibility of each of those pounds gained and worked hard last year to get them back off.

I decided to cancel my WW membership last fall thinking I could keep it under maintain my weight on my own.  But here it is, end of February and after realizing my jeans were snug again, I finally got back on the scale to see that sure enough, I’d gained another 10 pounds since fall.

It’s a slippery slope of 10 pounds turning into 100 pounds that I’m not willing to let happen.  So, today I signed back up for WW and know that I can get these 10 pounds off by following plan.

The plan does work.  You just have to want it.  And boy, do I want it.

Welcome to my site. My name is Theresa and I’m a 40 something year old living in Toronto with my Husband, 9 year old son and 3 year old boston terrier. I love all things Disney, baking and trying out DIY ideas around the house. 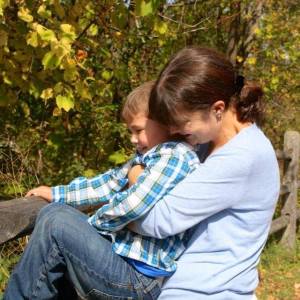